The School of Social Work was formed in 1918 as a division of the Pitt School of Economics' Department of Sociology. As part of the required accreditation process at the time, course work was offered to a cohort of students for one year before the program was first officially accredited in 1919 by the American Association of Schools of Professional Social Work (AASPSW). AASPSW was a predecessor of the Council on Social Work Education (CSWE), the current accreditor of academic social work programs. Early curricular emphases were child welfare, mental health and community building. Seventeen faculty members offered 19 courses. In 1922, the University withdrew its social work program from the AASPSW. Though social work courses continued to be offered, the formal social work program was disbanded.

In 1926, Manuel Conrad Elmer was recruited from the University of Minnesota as chair of Pitt's Department of Sociology. Elmer, who in 1914 received one of the first doctorates in sociology from the University of Chicago, was instrumental in building and developing the sociology department here. (He published his last book at age 101 in 1987.) Elmer was also committed to rebuilding the Pitt social work program.

Marion Hathway was recruited by Elmer in July 1933 from the University of Chicago as an assistant professor. Hathway’s responsibilities were to direct the social work program, obtain accreditation for the program and build toward the establishment of a School of Social Work separate from the Department or Sociology. In 1934, Hathway was given the title “Assistant Director of the Division of Social Work.” Also in 1934, the AASPSW approved the University’s application for full membership.  At that time, the program had an unduplicated enrollment of 252 students. In 1937, AASPSW granted Pitt full accreditation of its social work program retroactively to 1934.

During the 1930s and 1940s, the school’s curriculum embraced the traditional social casework course of studies, but began immediately to create curriculum, deliver papers in such forums as the National Council of Social Work and publish articles and text books in social group work and community organization (initially called “intergroup work”) by Dean W. I. Newstetter, a major contributor to the formation of this field of specialization in social work.  [1][2][3][4][5][6][7] 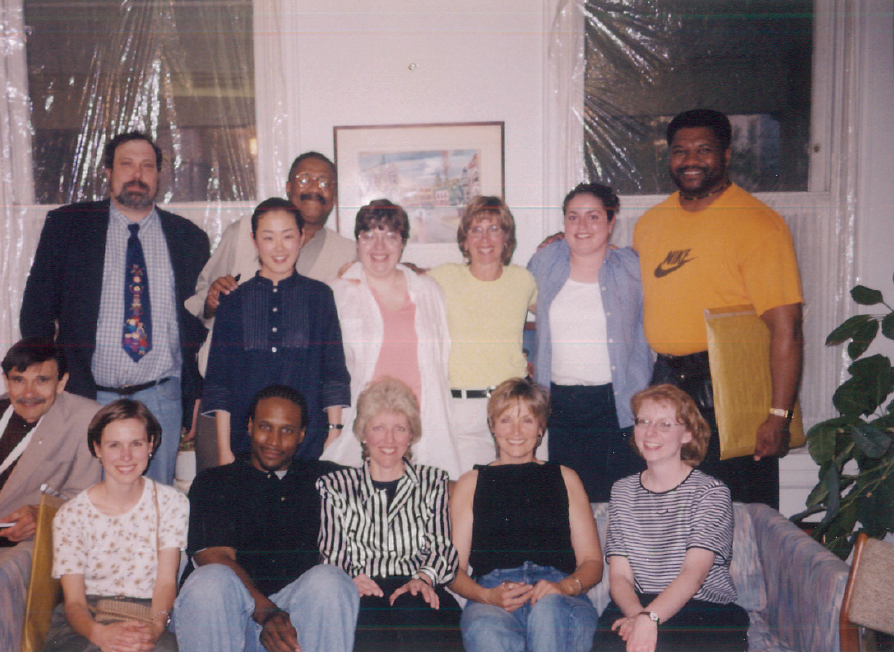 Read a history of the community organizing program »

Also during the 1940s, Hathway spearheaded the creation of a doctoral program, secured University approval and became the program’s first director in 1945. During the 1940s, a debate emerged in social work education between scholars and practitioners of two schools of thought: the diagnostic approach, based in part on the work of Sigmund Freud, and the functional approach based in part on the work of Otto Rank. Pitt's social work school was divided on this issue, with nationally recognized proponents on both sides. Eventually, when social casework faculty member Ruth Smalley completed her Doctor of Social Work in 1949, she left the Pittsburgh faculty to join the faculty at the University of Pennsylvania, a primarily Rankian school. Pittsburgh remained strongly in the diagnostic camp thereafter.

The 1970s was another period of rapid growth in enrollment and major curricular developments. In 1973, the school abandoned the traditional social casework, social group work, community organization framework and adopted an integrated academic paradigm. This new design identified four major areas (concentrations) of study: Children, Youth and Families; Health and Mental Health; Poverty and Associated Problems; and Juvenile and Criminal Justice. Within each of these, students also selected a specialization from among Interpersonal Skills; Organization and Planning; Administration and Policy; and Research.

Expansion of curriculum, enrollment, faculty, research and publications characterized the next 25 to 30 years. Child welfare, mental health and gerontology were the beneficiaries of extensive external support and extended their reach state-wide, nationally and internationally.

In the decade beginning about 2001, a major investment was made in the development of a University Center on Race and Social Problems in the School by Dean Larry Davis.  This Center was created to foster multidisciplinary research on race related social issues, mentor scholars whose research focuses on race as a defining social problem in America, and to disseminate race related knowledge.  The Center focuses on race related social problems in criminal justice, economic disparities, educational disparities, health, interracial group relations, mental health, and youth families and the elderly.  As parts of its work, the Center publishes the professional Journal Race and Social Problems.

The book Helpers, Healers, and Heroes, a history of African Americans at the University of Pittsburgh School of Social Work is available to read online. 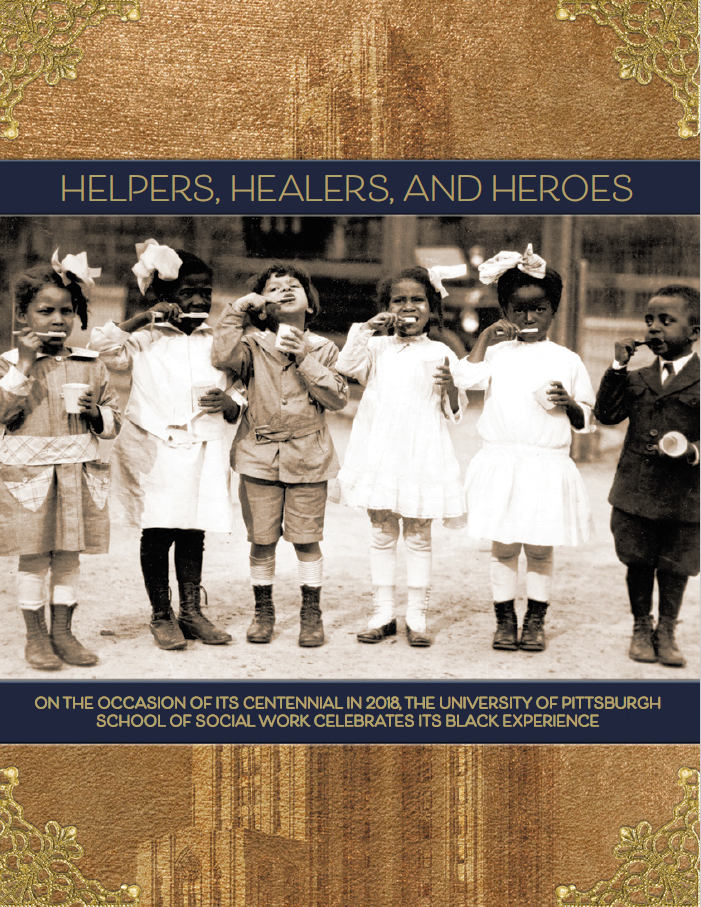 In 2018, the School celebrated its 100th anniversary with a Centennial Celebration and Alumni Reunion. 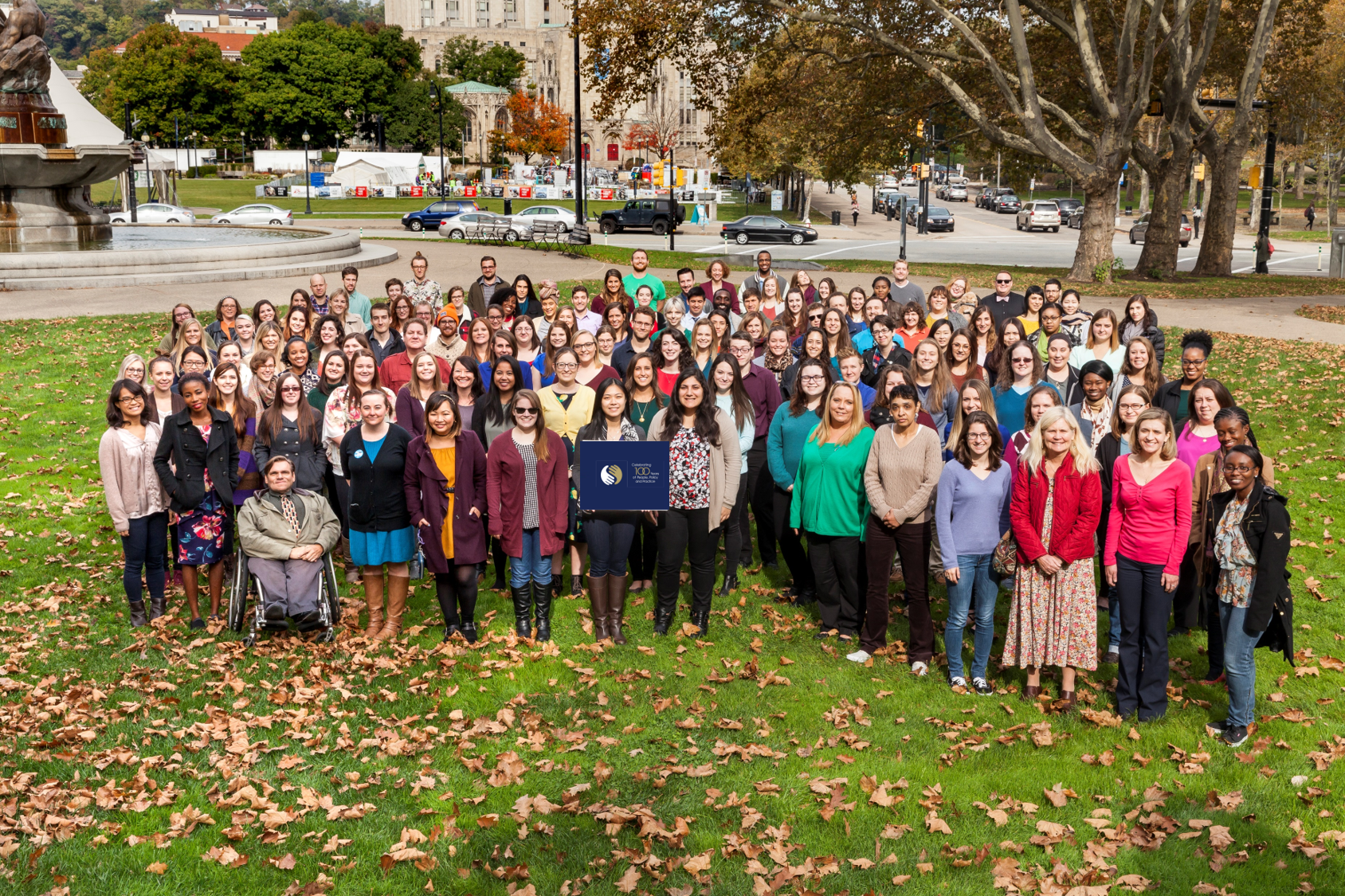 [6] Wilson, Gertrude.  (1938). The Interplay of the Insights of Casework and Group Work.  Pittsburgh: University of Pittsburgh.